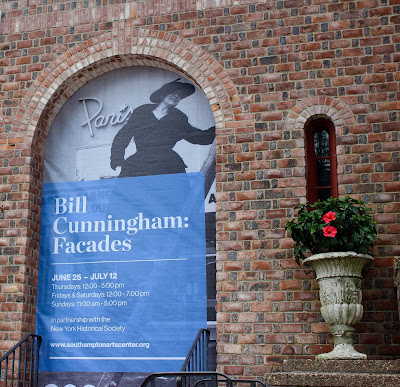 Bill Cunningham’s show Facades is currently on display at the Southampton Arts Center until July 12th. I have always enjoyed Bill Cunningham’s photographic fashion highlights in the New York Times. His project, Facades, shows his love of New York City and its architecture as well as the fashions that graced its streets. 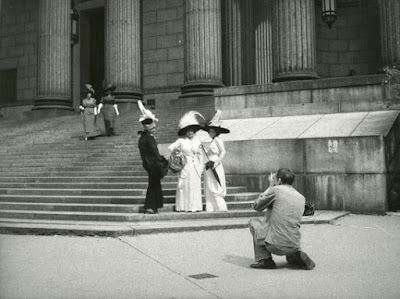 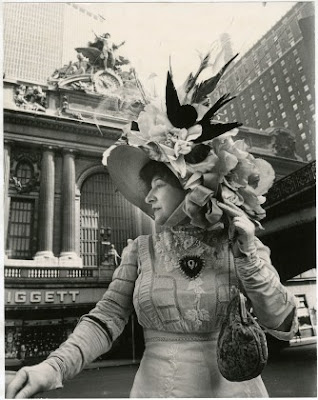 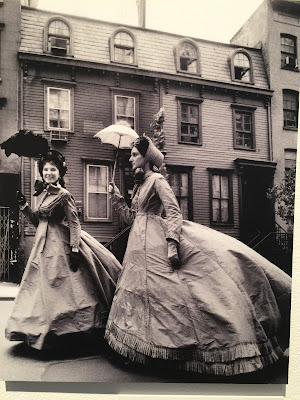 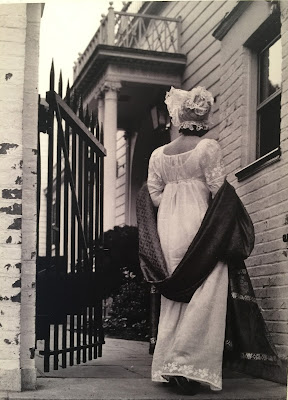 Gracie Mansion (built ca. 1799-1810) by Bill Cunningham
Bill Cunningham and Editta Sherman would remain friends in the decades after the completion of the Facades project, and beyond their eviction in 2010 from their apartments at the Carnegie Hall Studios, where both had lived for sixty years. They were among the last holdouts of aging residents in the rent-controlled building, which ultimately was converted into music education facilities and offices. Until the end, through the lives of the residents, a bohemian aura flourished in what Cunningham called his “crazy house.” Editta Sherman was its centerpiece. The Carnegie Hall studio towers may still stand, but that place which the photographer and his colleagues knew and cherished is now lost. In many ways it is an ironic coda to the Facades project, an artistic collaboration born of an artistic camaraderie, which had the power to capture something ephemeral about the city. The Facades photographs have withstood the test to time, and Bill Cunningham continues to travel by bicycle and photograph fashion in New York where Editta Sherman died on November 1, 2013, at age 101. 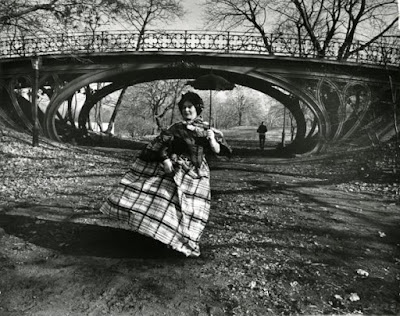