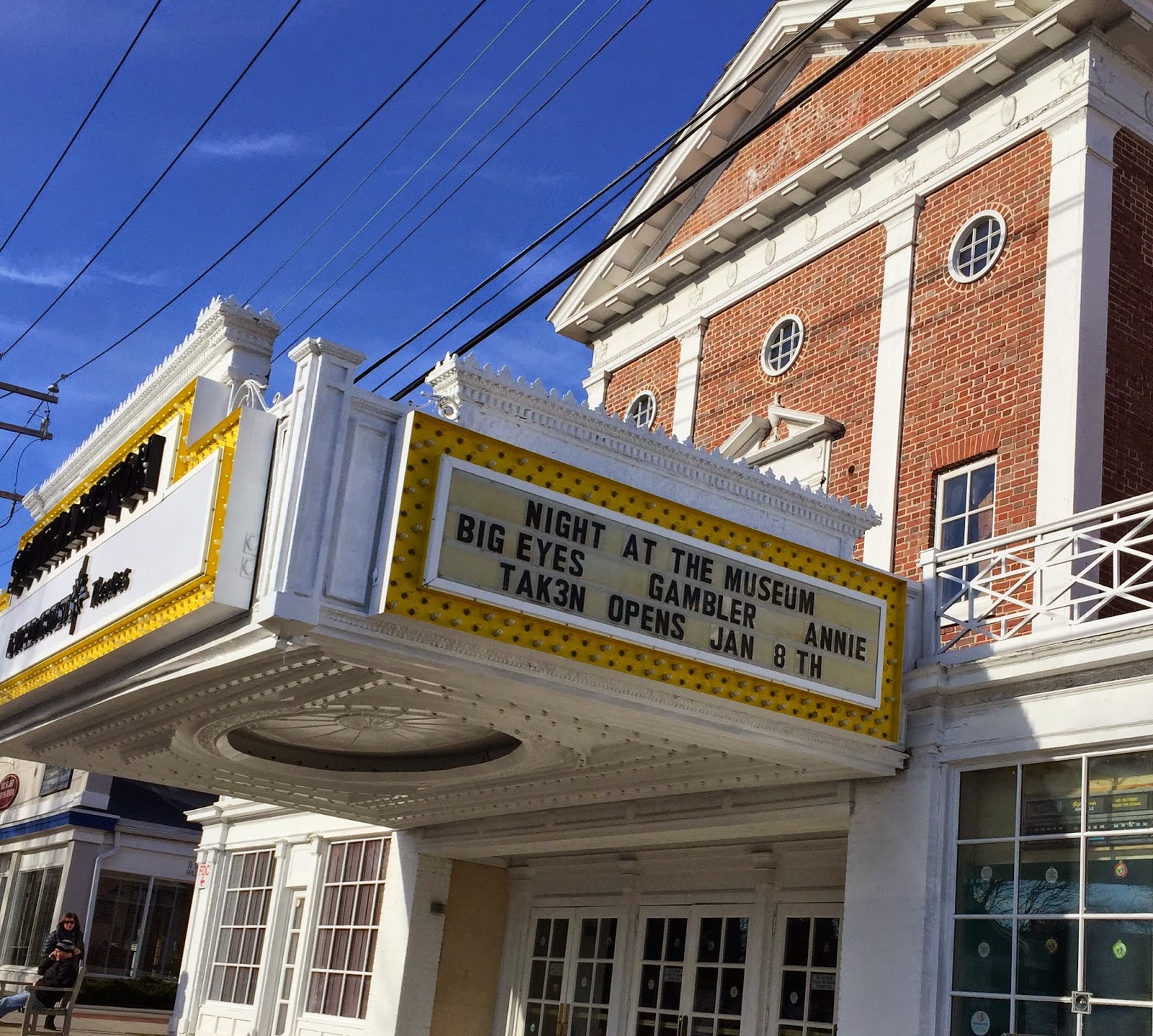 On New Year’s Day we went into Southampton for the afternoon showing of the film Big Eyes based on the life of artist Margaret Keane. I knew nothing about Margaret Keane, but recognized her work from reproductions in dime stores of my youth. I loved this movie on so many levels. 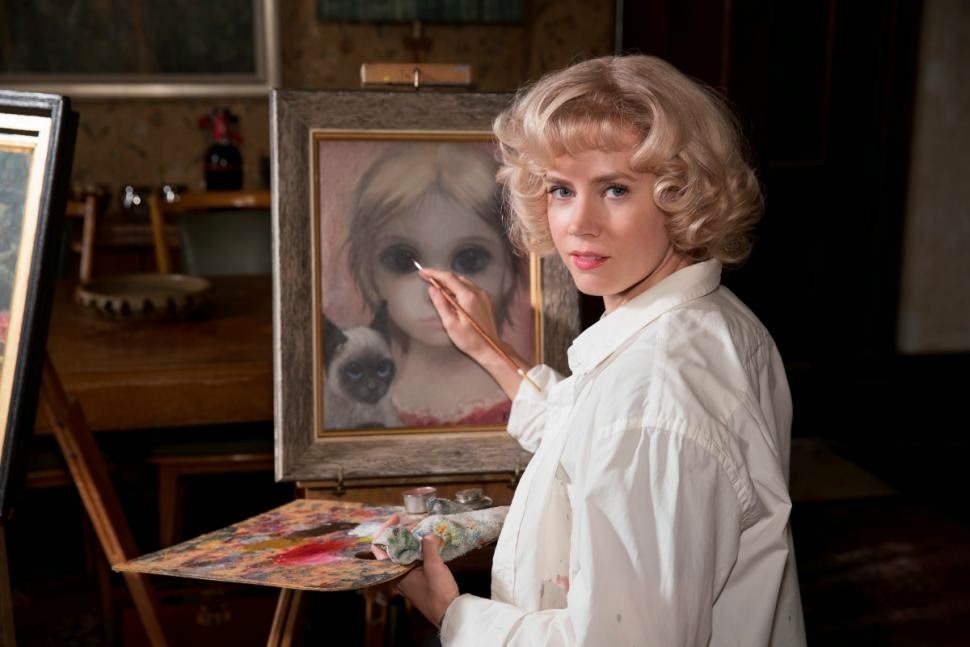 Amy Adams as Margaret Keane in Big Eyes
courtesy of the Weinstein Company image via
Amy Adams in the lead role is wonderful. She portrays Keane as talented, innocent, gullibly opportunistic, vindicated. The story of an artist and mother trying to protect her child (Walter was her second husband) in the 1950s-1960s is interesting enough. For me, the film is especially compelling in how it portrays the art market. The interplay of public demand, gallery marketing and press to create artist buzz is mesmerizing. In some respects this film is just another wave. The director, Tim Burton has collected Keane for years. 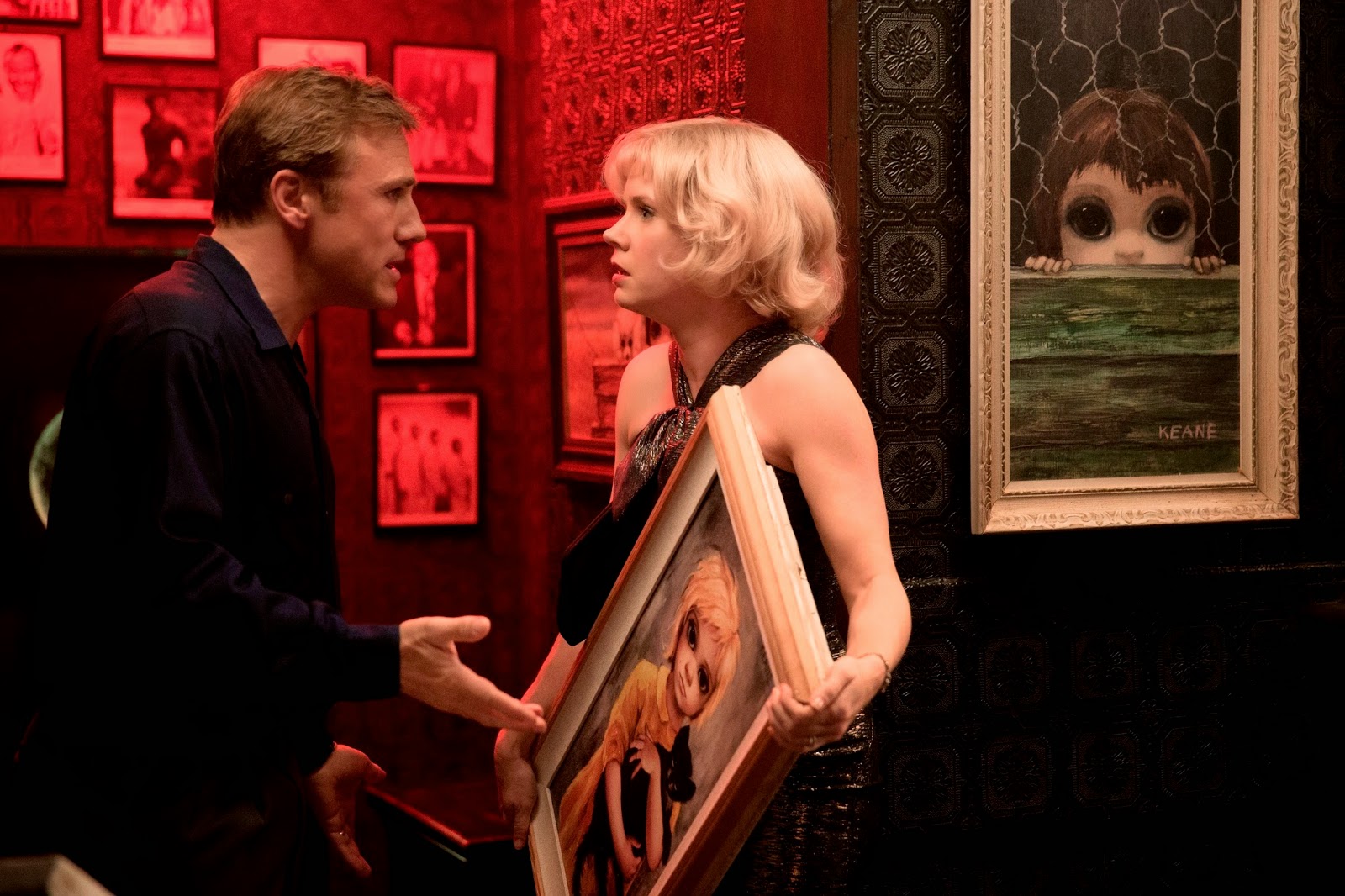 Christoph Waltz and Amy Adams in Big Eyes
courtesy of the Weinstein Company via
Christoph Waltz as Walter Keane is irresistible. He captures the charismatic salesman, con man and bully that Keane apparently was. Walter was married to Margaret for 10 years, during that time (spoiler alert) Walter began marketing and taking credit for the Big Eye paintings while his wife Margaret is really painting them all. The paintings become a sensation and the fame monster that Margaret has helped create takes over her public life and shackles and poisons her private live.
Video from the NY Times via
Photos below of Walter and Margaret at their height of popularity show the depths of deception to which their marriage slipped. 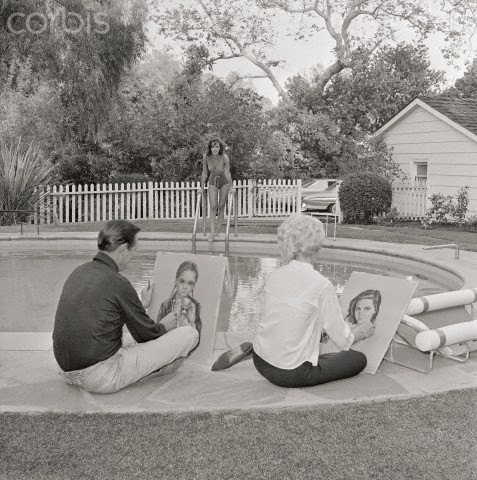 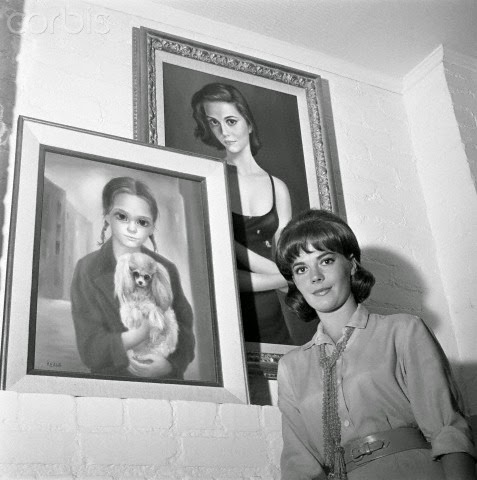 Natalie Wood with her Keane paintings
November 18, 1961
image via corbis 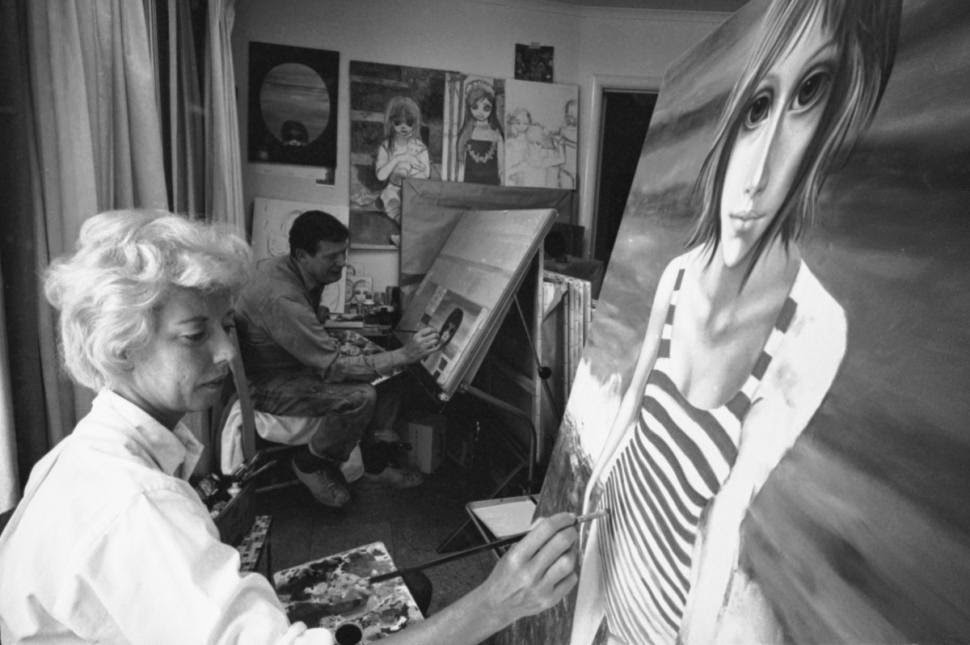 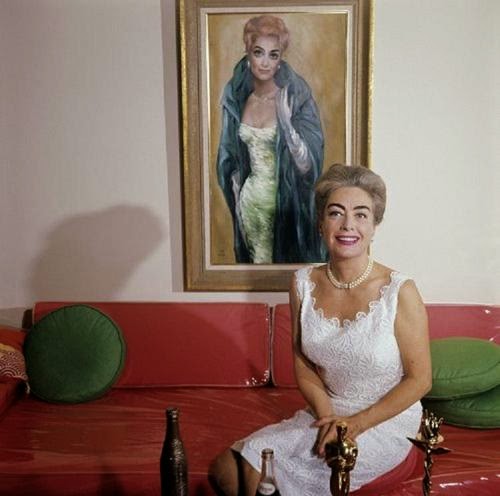 Joan Crawford with her Keane portrait
image via
In the movie, time is compressed for dramatic effect. Margaret and Walter divorced in 1965, but it was not until 1986 that Margaret sued Walter for slander and the judge demanded a paint-off where Walter feigned a sore shoulder and Margaret painted the waif (exhibit 224) that would win her the law suit. Walter Keane was 85 when he died in 2000 never admitting to his elaborate fraud. 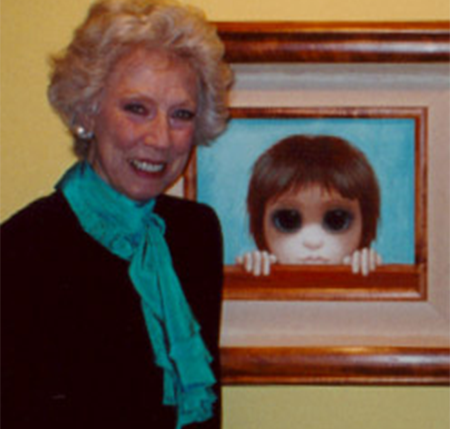 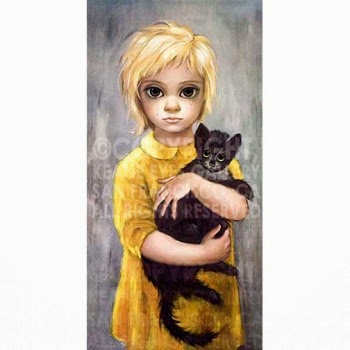 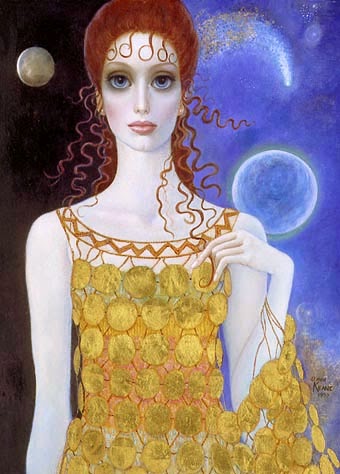 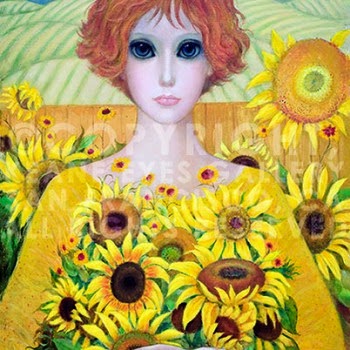 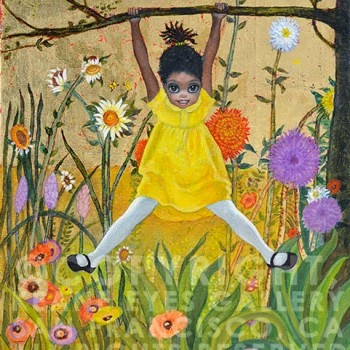 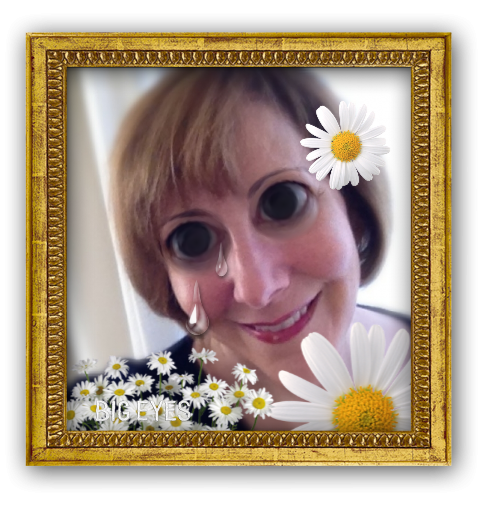