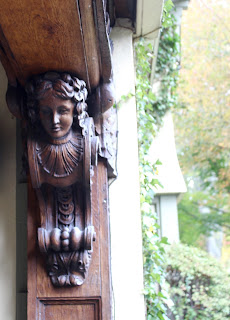 The Baker House was originally constructed in 1648 by sea captain, Daniel Howe. Not too long afterwards, Howe sold the building to Thomas Baker, one of East Hampton’s founders. Baker turned the building into a Tavern. It also served as town meeting hall. The house grew and changed with the community. In 1899 it was purchase by James Harper Poor. Under Poor’s ownership the building underwent the transformation that is the basis for the beautiful atmosphere which exists today. 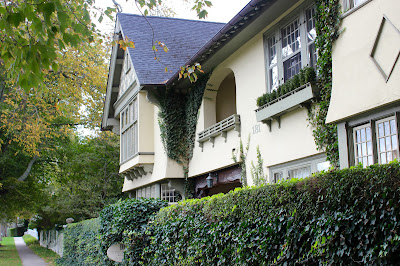 In 1917, with the assistance of architect Joseph Greenleaf Thorp who also designed Grey Gardens, James Harper Poor completed the magnificent transformation of the original shingled house into a stucco wrapped English manor with arts and crafts Anglo-refinements. 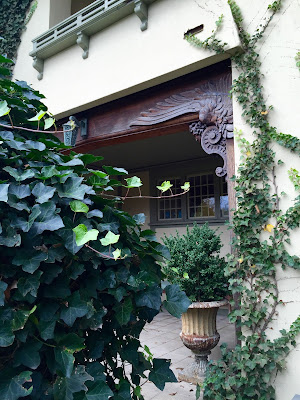 The carved figure heads above the entrance drew me in as I was walking along Main Street. I had passed this building hundreds of times, but never gone inside. 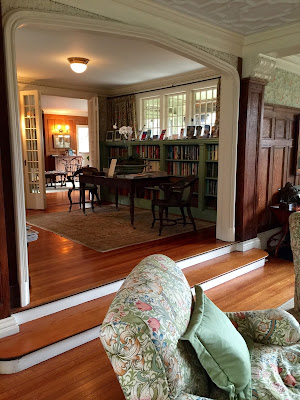 Inside, a gracious atmosphere steeped in 300+ years of local history. 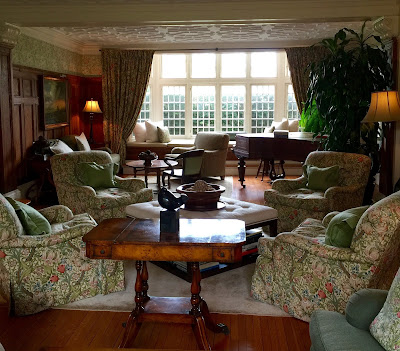 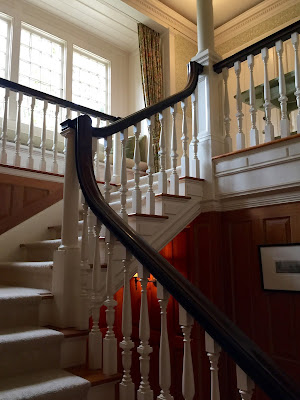 A beautiful staircase, on the wall going up to the second floor a portrait. 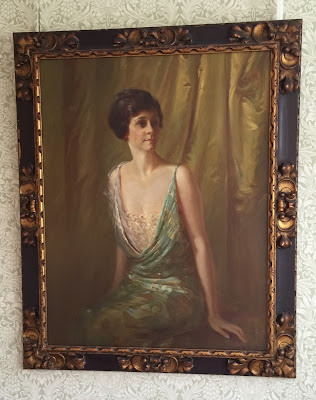 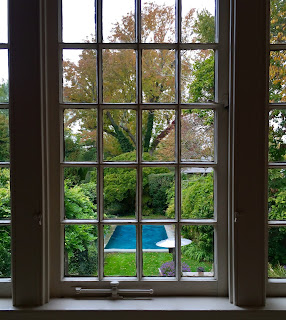 I asked if I could see a room. 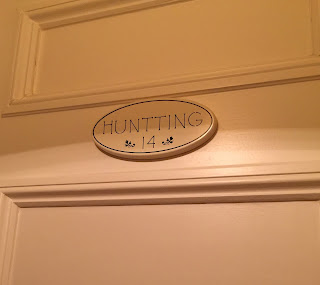 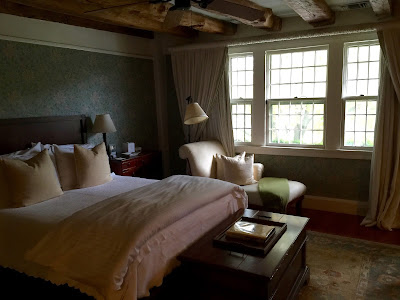 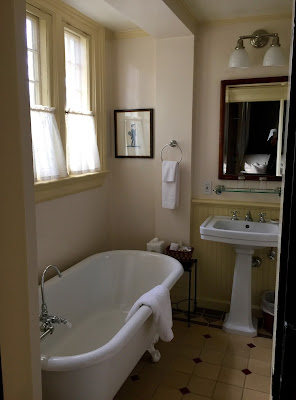 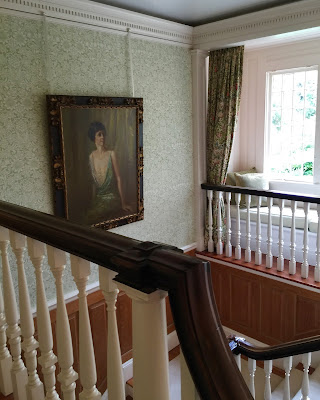 This is a very special bed and breakfast. 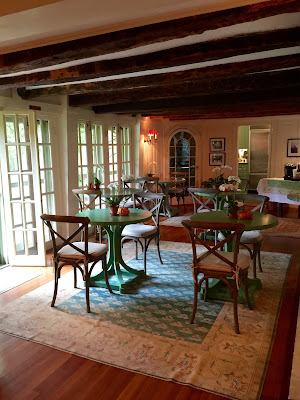 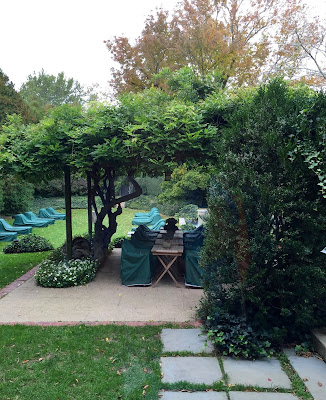 The back terrace must be amazing in summer. 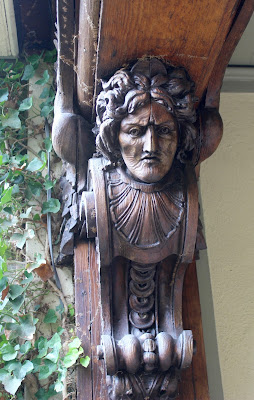 I’ll have to visit again to get the story of the entrance carvings. 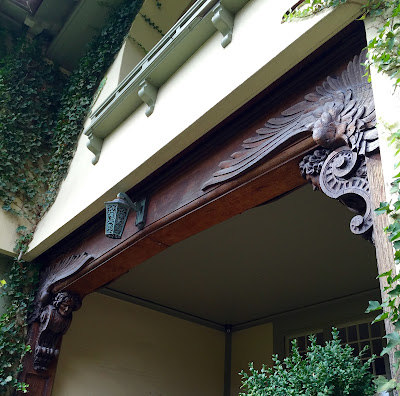 The Baker House is on historic Main Street across from Mulford Farm. They are an easy walk to Guild Hall, downtown shops and restaurants. The beach is a bike ride away.